Homewriting blog Show Me the Way to Lanzarote

Show Me the Way to Lanzarote 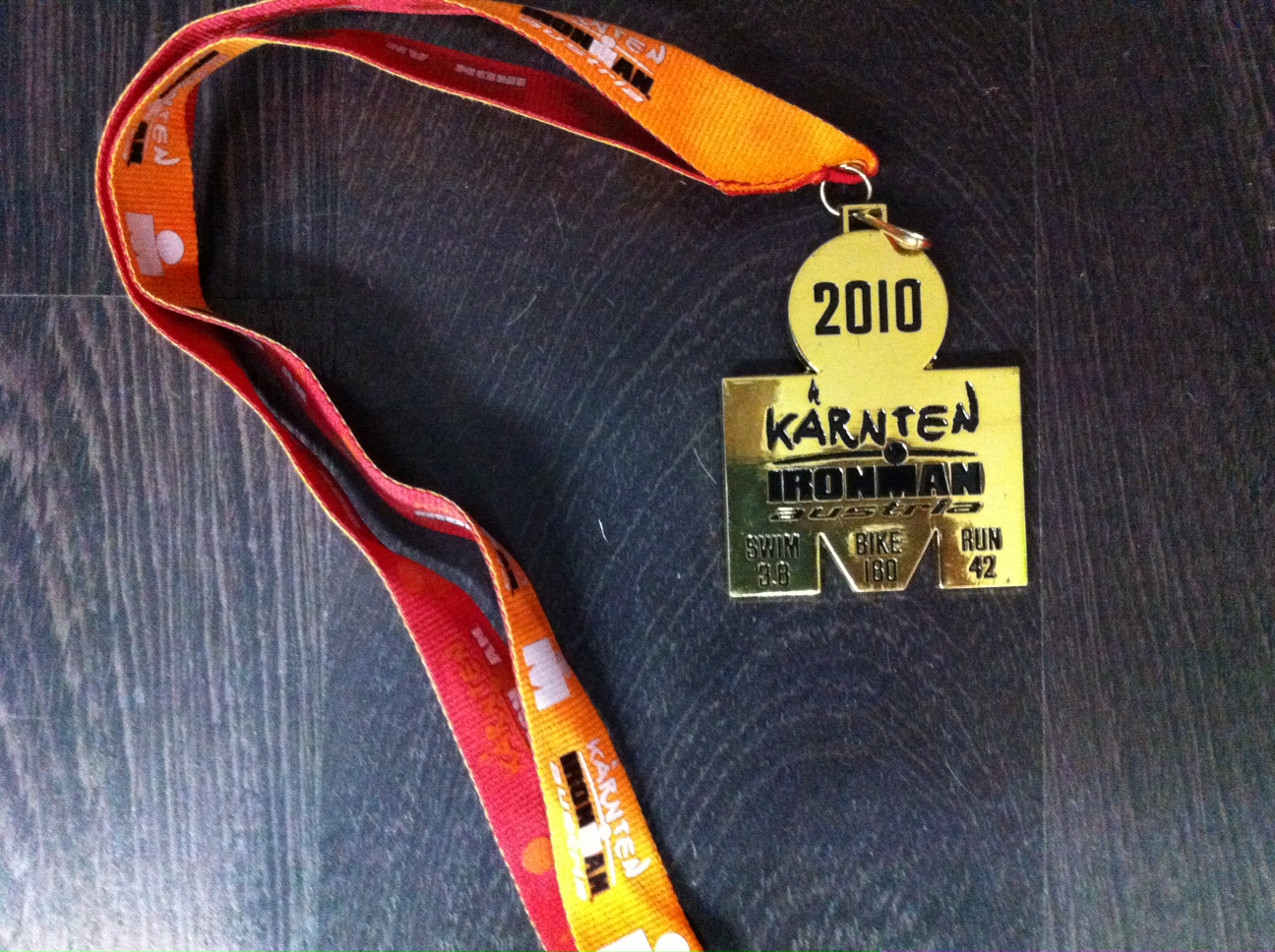 For everyone who thought that just me making it to the finish would be a miracle, I thought that coming in with just under 2 hours to spare was A RESULT! (Especially when you factor in that 50min of those 15 hours and 8 minutes were spent languishing in the transition tent – obviously getting most value out of my entry fee).  But the triumph of my successful Ironman Austria was short-lived.   The conversation in the shop went something like this:

‘Oh, you’ve done an Ironman have you?’ (The clue was in the medal I was sadly still sporting round my neck a week after the event).

‘You’re not really an Ironman until you’ve done Lanza’.

That’s a helluva statement to make to anyone who’s still floating on a cloud of achievement.  Did I not read somewhere that Ironman is the toughest sporting challenge on the planet? And what’s ‘Lanza’ when it’s at home?  And this would make you, ‘Stainless SteelMan’?  Or maybe, ‘TitaniumMan’ – yeah – ‘Titman’ … that works on so many levels …

So after a brief whispered conversation with my IM mate Jez, I received the full SP on ‘L-A-N-Z-A-R-O-T-E’, found the right website and signed up.  I’m buggered if I’m going to sit there and have some fit-looking, chiseled, righteous git tell me I’m ‘BendySpoonMan’.  My entry came with the ominous warning that ‘you know if you tried to do it now, you’d fail?’ … more of a statement than a question really.  Well, a ‘challenge’ isn’t one, if you already know you can do it.  So, my next challenge is the Mother-Of-All-Ironmen, and 6 weeks later, when I revisit IM Austria, that will feel like a soft-touch then … presumably?

After twiddling around for a few weeks, basking in IM good feelings and playing at training, the Club Relays arrived.  The worry was always, ‘would it all be over before I’ve even got going?’  There’s not a fast-twitch fibre in my body, and Club Relays is all about ‘frantic and madness’.  So I tried a bit of frantic – it made my breathing go all funny in the disgusting lake (I thought of poor Annabel, swimming 3.8km in that weed-infested, geese-poo-filled water during Outlaw … 500m was bad enough).  Then I attempted a little madness on the bike – that was fun actually – overtaking a guy IN A POINTY HAT on the upwind leg.  But by the time my legs started running, they were back to their old tricks of ‘persistent hunting trot’.  The sight of my eldest son sparked a bit of life into them; passing my eldest son (dramatically clutching his hamstring) galvanized them into action (it may never happen again, so I had to take advantage of my advantage!); and by the time I handed my elastic band over to Mick, I was fair flying.  Euphoria was short-lived.  At the finish, I was asked if I was ‘totally spent’.  The truth was, I had just loosened up, my legs had just started enjoying themselves and now I had to stop.  “Please Sir, can I have some more”, sprang to mind.  But boy, was I tired the next day?  This was worse than IM!  Truly.  I was exhausted for nearly a week!  Very odd.

A while later, incorporating a total rethink of my swim action and a new injury following a fall off my bike (self-inflicted, loss of concentration, dented waist and dodgy shoulder – Miss Austria undamaged, thank god – and the first fall without a broken bone, so I must be getting better? … remember this sentence – it will return to haunt me …) the local cross-country event loomed.  Once again, I’m left thinking ‘it’s just not my distance’, but we were entered as a team, and therefore I was going to have to make an effort.

Freezing cold morning, pink Fivefinger Bikila’s clashing with my red team strip, starting slowly as is my wont, and getting over-taken by just about everyone at the start, including the ancient.  Come on Helen – shake a leg.  It took the first hill to wake my old pins up, and then I was flying (relatively speaking you understand).  PB’d by miles, didn’t disgrace the team (although I was the last man in), but OMG, my quads were trashed for a week.  Getting up, sitting down, stairs – you name it – the activity hurt.  All most unpleasant, and most unlike me.   The question hung in the air.   By how much did I actually apply myself during the 15 or so hours of Ironman?  Perhaps I would have ached, even a little, had I tried a bit harder!! ??

Osteos, neuro-surgeons and other such matters

We escaped for a late summer holiday, and thoroughly enjoyed the hospitality of Ian and Julie at the wonderfully located Multi-Sport Pyrenees for a fortnight.  By now my left arm was becoming cause for concern.  Even sitting in the car in the wrong position led to crippling agony emanating from my left armpit.  The long journey home was – not nice.

After some more procrastination (surely I can fix this myself?), Brian made me go to see Dave Wells, our lovely osteo.  Concern was etched all over his face, and I quickly went from ‘ostrich mode’ to having a sleepless night. Later the next day, courtesy of Dr John’s prompt intervention, I was lying as still as possible in an MRI scanner somewhere in Golder’s Green.

I remember thinking, a while back in the story now (remember the bit about ‘remember this bit’?), that ‘I must be a real cyclist now’ – ‘I had fallen off my bike (again) and NOT broken anything.’

Now, unfortunately, the neuro-surgeon and I we were looking at the irrefutable proof that I had been wrong on both counts.  I was still only at the level of trying to be a cyclist, and I’d broken not one, but two discs in my neck.

Mr Sabin, said neuro-surgeon, was calmly telling me that 30% of cases do not require medical intervention, and to go home and just carry on.  Brilliant!  Clinging stubbornly to both straws, I told myself I’d be one of the 30%ers and I would most definitely ‘just carry on’.

I listened to my body – of course I did!  I’m not daft.  I heard the pain talking when out and about on my beautiful ‘Miss Austria’, and hung on … I’m a good listener.  I learned to front brake a little more effectively, and spent an unusual amount of time (for me) on my hoods.  My tri bar extensions eventually got confiscated.

I ran – because I could.  In fact, because I really, really struggled with swimming, and listened very carefully to those messages my body was shouting at me whilst swimming, I stopped that (unkind people would say it was because it’s my least favourite activity) … and ran a bit more!  In fact, in December I joined in an Advent Running Challenge with the gang on TriTalk, the idea being to run at least 30 minutes, EVERY DAY.  Much fun – both fitting it all in, and logging and reading the daily motivational stories that a few religiously posted.

Then my son Josh came back from Uni, having grown yet another inch, and I squealed in pain when I got my hug.  I couldn’t even reach up to the higher rails in the shop, never mind do my job without adopting ‘labour breathing techniques’ to cope with the pain (turns out the deep breathing thing is like riding a bike – you never forget – and happily, you can’t fall off!).

I decided an email to the neuro-surgeon chap with a quick update was probably the thing to do.  5 days later I was on the operating table having 2 discs removed and implants put in – the result would be a fusion from C5-C7 inclusive.  Mr Sabin is wonderful.  Totally unfazed by the endless needy pleas of ‘remember I’ve got Lanzarote in May’, he set about fixing me with the goal-posts remaining intact.  He even let me go on my 20th ‘Advent Challenge’ run, between having my bloods taken and being wheeled down to theatre – with the only cautionary note being, ‘Don’t forget you’re Nil By Mouth’.  I had of course forgotten, so adjusted accordingly, aiming for an easy 30 minutes.  Of course, I ended up getting disorientated in the vast whiteness of a snowbound Regents Park (happily disorientated – it was stunning and I felt compelled to make a beautiful snow-angel to guard me in theatre) and returned, heart rate raised, after nearly an hours run, to find the nurses organizing a search party, worried in case I missed my surgery slot. 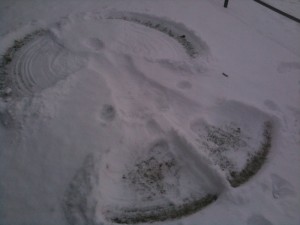 I was on light duties for a fortnight, so on Christmas Day, 4 ½ days after surgery, I ran about 100m in the snow on Coombes Hill.  Felt no ill-effects, so on Boxing Day we had an 8km romp through the snow, 2 minutes running, 1 minute walking.  To be truthful, my running wasn’t much faster than my walking, as my steps were tiny to ensure good footing, but it was lovely to move again.

Happily, time never stops, and I’m now 4 ½ weeks post-surgery.  It’s been eventful – in a good way.  The whole saga appears to have focussed my partner’s mind (I think the ‘sort of fainting thing’ into his arms when he was removing the dressing was the final straw) and we’re now engaged to be married at the end of the season.  The nursing staff were chuffed to bits to think they have been part of the whole process, and whilst it’s all wonderful, I can think of better ways to get your bloke to propose (and none of them hurt).  Breaking news (unfortunate use of vocabulary) is that yesterdays X-rays show that everything in my neck is exactly how Mr Sabin left it. Good stuff!  Still not allowed outside on my bike until the next X-ray in 2 months time (my habit being to fall off!), but at least we’re heading in the right direction.

And the training has been ramping up over the past fortnight.  I can already swim 10 lengths (only another 142 to go); I can turbo in tri position for 45 minutes (turbo-ing is so horrible, that it must count for at least 1 ½ hrs riding outside … so that only leaves about 6 more hours to condition for); and I can run 8km in 45 minutes, without pain … mmmm, that would leave 34 more kilometers to conquer … in 17 weeks.