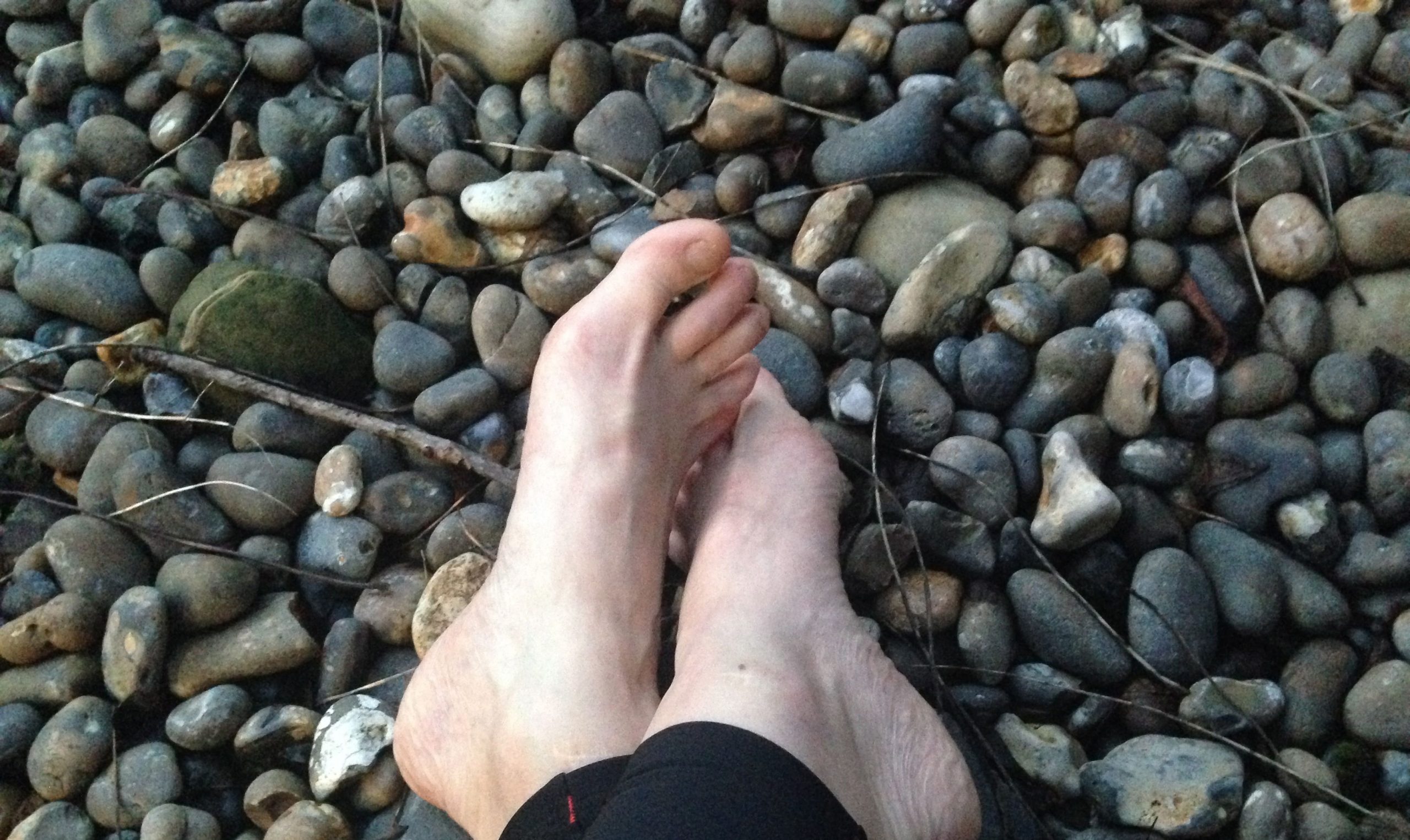 Granted they’re not the prettiest feet in the world, but I bet the prettiest feet in the world haven’t been on the adventures mine have.  And how can animate objects, so intrinsically influential on everything that happens above them, be considered unattractive enough to need to be hidden?  Ugly … by whose standards?  TV advertisers?  Shoe designers who want to crush my toes into impossibly tiny spaces in the name of ‘style’?

Ugly?  Some might say.  I might be picked for the ‘before’ part of a ‘TV foot make-over’, but not the ‘after’! But I believe it’s all in the eye of the owner.  Today, after my run, I drew round them, and a pleasurable hour-with-my-felt-tips later, it turns out that this is how I see my feet: 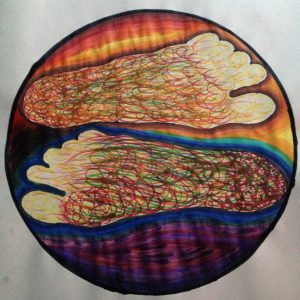 When was the last time you drew around your feet?  School I bet?!  Do yourself a big favour sometime this week, and take a couple of minutes to grab some paper and a pen, release your feet from any bindings (including socks!) and draw around them.  Whilst your engraving the outline, notice it.  The smooth lines, the bulges, the knobbly bits, the shape of the toes, the hard bits, the soft bits, the symmetry (or not!).  Now stand back and view your masterpiece (you don’t have to colour them in – but it was fun!).  Is it foot-shaped, or shoe-shaped?

And having viewed your feet up close, did ‘function’ cross your mind?  Imagine sticking your hands in semi-rigid mittens – without separating your thumb – for 8 hours of the day and see how productive you are.  Life – as you know it – would be pretty darn tricky wouldn’t it?

The sun is shining and the warmth of Spring is around the corner.  Your feet are your roots, but they don’t like to be buried deep underground … just in the shadow of your body.  Let them out to DO – you’ll surprise yourself with their general brilliance.